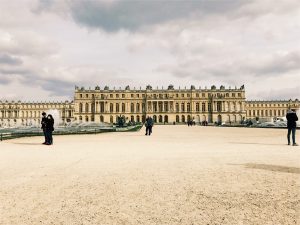 If you’re like me, you have probably dreamed of Versailles a time or two. (And if you really are like me, you probably thought about having your wedding there too… I mean is that really all that unrealistic?!)

Although I’d taken French for 3 years in high school (And had a truly amazing teacher!) I somehow thought that the only thing that the city of Versailles had was the palace. I was sorely mistaken. Little did I know how much my sisters and I would love this quaint little town of Versailles! 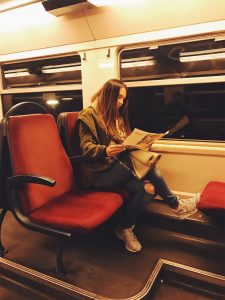 Here we see Ashley trying so desperately to find our way around on the metro.

You’ll probably want to take the metro/RER there. You can take a shuttle, but the metro is cheap. Make sure you buy a special ticket as a typical metro ticket won’t be enough to get you there. It’s a little more expensive, but only a few extra euros!

If you don’t take the correct line, you’ll be on for a fun journey that will take you to the opposite place that you want to be. My sisters and I should have been paying a little more attention…If we had, then maybe we wouldn’t have gotten lost on the metro for 3+ hours! Had we not gotten lost however, we wouldn’t have been able to take some of my favorite shots in a very iffy metro stop… 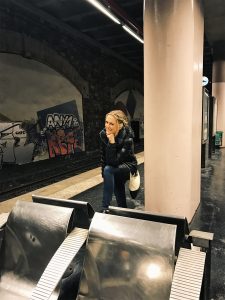 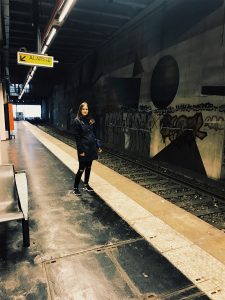 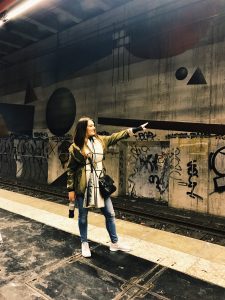 My sisters and I had planned on getting to the Palace during the early afternoon to spend several hours there. Obviously, we didn’t expect to end up getting as lost as we did so by the time we arrived, there would only be about an hour and a half of time before it closed to explore. Now you might be thinking, “that seems like enough time to see the palace!” It would have been, but the line just to enter the palace was so long it would have taken the full hour and a half to even get in.  We decided that since we had come this far, we ought to explore the city. 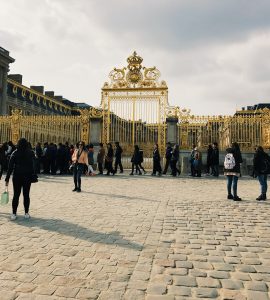 We hadn’t eaten in several hours (this is a long time for the Graham Girls) so we made a beeline for Darras Bakery–And we are so happy we did! Hayley and Ashley shared a baguette with cheese and bacon baked on top, while I treated myself to my favorite food: Bread. After reading some of our other blog posts, you probably are thinking, “this can’t be all they got for food?!” and you are quite right. I can’t forget to mention the palmier we had that was probably equivalent to three or four normal sized ones! And yes of course we ate it all. 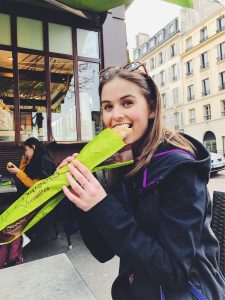 Let yourself wander around because you never know what you’ll stumble upon. My sisters and I spent the next few hours of our day wandering around Versailles and we found some of the cutest, chicest boutiques and shops I’ve ever seen! We were all initially pretty upset at how much time we’d wasted on the metro, but our day quickly turned around once we explored. 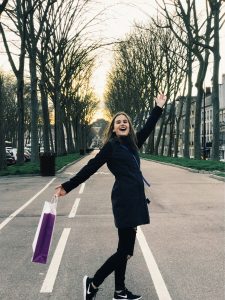 We decided to venture out two days later to see the Palace. We were so exhausted from the day before that we slept in and decided not to listen to everyone’s advice at arriving to the Palace early. We wished we had because we ended up waiting in line for over an hour. So, arrive before the Palace even opens to avoid waiting in line. I would also suggest setting up a guided tour before hand. The cost was only a little extra and we wish we would have had one. 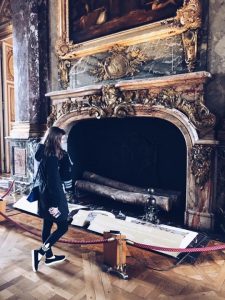 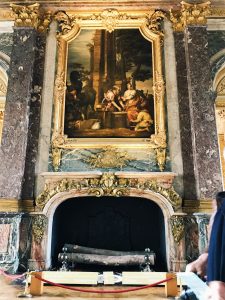 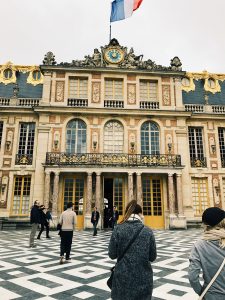 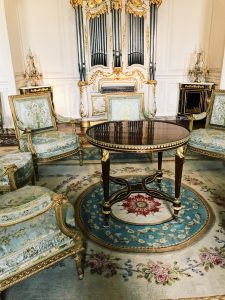 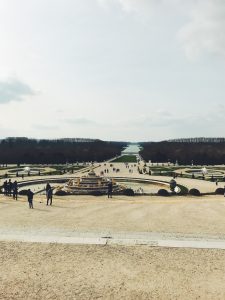 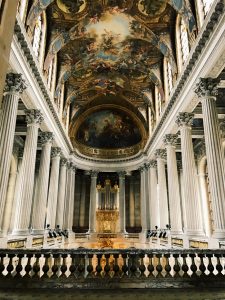 It had been a dream of mine to see the famous “Hall of Mirrors.” I pictured that it would quite possibly be the most beautiful room I’d ever walked through–And it easily was. It’s definitely a place to check off your bucket list. It’s also essential that you take a what I like to call “A Hall Of Mirrors Mirror Selfie.” 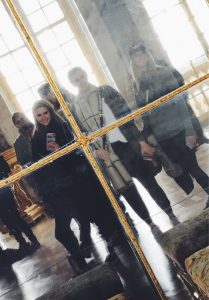 The architecture and design is a must-see and is truly beautiful, so take your time exploring! In all honesty, although I do think you have to see the Palace sometime in your life, there wasn’t as much to see as I had hoped. The city itself has just as much to see if I do say so myself. 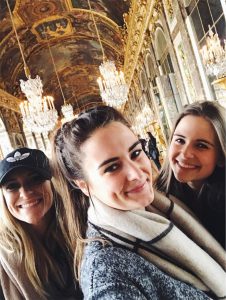 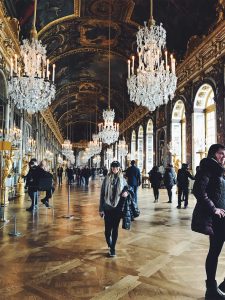 So, if you happen to go to Paris, I’d definitely recommend adding a day trip to Versailles to your list! It is only about a 30 minute ride to a super fun and quaint city that can help you escape from the hustle and bustle of Paris. Why spend so much time traveling to another destination when such a special one is just 30 minutes away?
Kisses,
Abigail

« Brugge, Belgium | Do as the Belgians Do
Skin Care- Look Young Forever »